The Amelia Project is a comedy fiction podcast about an agency that help people fake their deaths. It follows its quirky employees and unusual clients. It started out as a passion project between friends and has developed into a cult hit with over four million downloads and fans across the world. The podcast is currently in its fifth year and releasing a fifth season, the most ambitious yet, in which each episode takes us further back in history and we learn about The Amelia Project’s mysterious origins. In this interview with Pod Bible, Oystein Brager (co-creator of the show) talks about podcasting and an upcoming audio advent calendar project…

Why podcasting? What is it about the format that appeals to you?

Several things. Coming from theatre, where no story lasts for more than a few hours tops, being allowed to tell a story that lasts for many years and where I get to develop characters and their relationships over time, has been very exciting for me. Then there’s the fact that we can reach audiences all over the world, that we’re not bound to one location. And finally, I love working in audio, a medium that plays so beautifully in sync with the listener’s imagination. All these things make it a great format in which to create.

If you could go back to before you started out and give yourself one piece of advice, what would it be?

Don’t create as you go (at least not if you’re making a scripted fiction podcast!) For our first season we tried to write, record and edit episodes from week to week with very tight deadlines. We quickly learned that this created more stress than it was worth for us. As from season two, we’ve tried to stay ahead of the curve, and plan far in advance. We now attempt to have everything recorded and preferably also have the dialogue edits ready before a season starts.

Tell us about The Audio Advent Calendar!

I love advent calendars! I’ve been obsessed with them for years. I have a one-year-old daughter and she loves books with flaps she can open. I kind of see myself in that… Perhaps it’s that simple; I love discovering what’s behind the doors! I don’t know. I just know I have a very romantic relationship to advent calendars and the mood they trigger in me. So, I decided to write an Amelia Audio Advent Calendar consisting of twenty five podcast minisodes! The calendar gives you one little sketch, one little treat every day counting down to Christmas. It’s a gift to our fans and listeners – well, actually it’s a gift from our fans and listeners! They did after all help fund it via Indiegogo, for which we are super grateful! And it’s a great way to start your relationship with The Amelia Project if you’ve never listened before. You’ll get an insight into the Amelia offices and get to know the characters before you embark on the series from the beginning. We’ve made it so that it’ll be a treat whether you know the show already, or come to it with no prior knowledge. And it’s an advent calendar! What’s not to love?

Where should new listeners start? Do they have to listen in order or can they start with the latest episode?

Listeners should either start from episode one, or start with the Advent Calendar! The first two seasons of the show focus mostly on standalone cases, but there is a serialized element, which really kicks off in season three. Whilst there are some episodes that can still be listened to on their own, a lot of stuff requires prior knowledge. So, I recommend listening in order.

Which episode of your podcast means the most to you?

There are a lot of episodes that mean a lot to me for very different reasons. The early episodes, like “Zale Indigo Ravenheart“, carry with them the memory of starting a new adventure. The live shows, like our performance of “Phil and Amber” at PodUK, remind me of us all coming together, a luxury we haven’t had since before the pandemic (but which we are hoping to be able to experience again!). “Cleo” is perhaps the first episode where I felt like I really mastered writing in the Amelia universe… For every new episode we write and make, I discover new things about the characters, I am blown away by the fantastic performances that our amazing actors deliver, and I fall in love with a new episode… over and over… Right now, I’m falling in love with episodes that are in the making but which the audience won’t hear for many months!

Finally, what is your current favourite podcast you would recommend to readers?

I have recently discovered the phenomenon that is Midnight Burger. It is a space sitcom, but it’s really it’s own thing, not like anything else I’m listening to. The clever, clever writing, the fine tuned wit, the atmosphere (making me think of the times I’ve looked up at the big starry sky and felt very small) and the surreal and spaced out universe (and I mean “spaced out” both literally and metaphorically…) – all of these things make this show completely my cup of tea! I am pretty sure anyone who likes the absurd and nonsensical aspects of The Amelia Project will like Midnight Burger too!

Listen to The Amelia Project advent calendar on the main feed on Apple Podcasts, Spotify and other popular podcast apps. 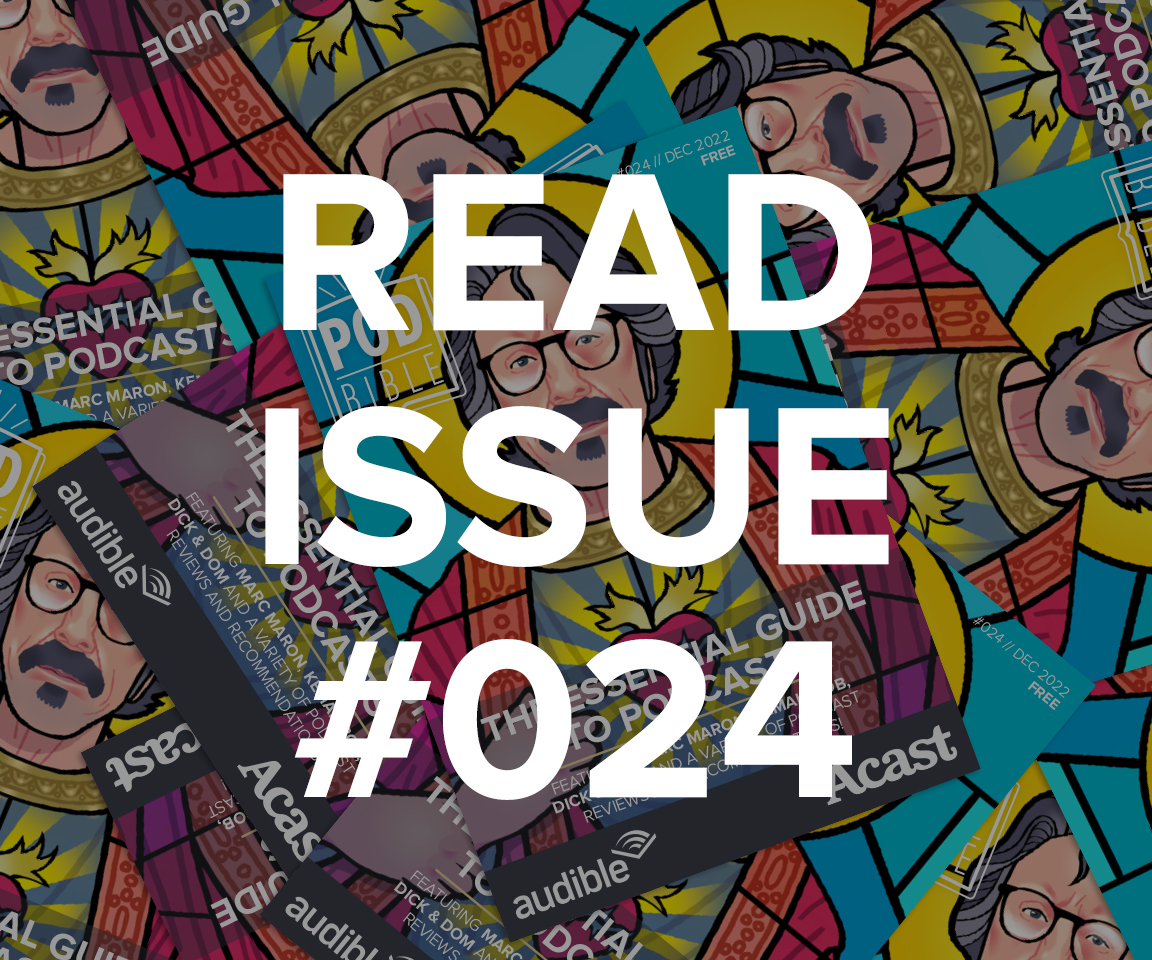